The last week has been a blur, as you might expect. Who knew it was possible to cram this much “stuff” into a not particularly large house? Well, I guess it’s bigger than we realized… LOL!

The reality is, the townhouse we rented, which advertised as being 2,400 square feet, is appreciably smaller than this house, and arranged completely different. So, it’s been a major purge in a frenzied attempt to be ready for when the movers show up on the 23rd. Rob and Meghan came over on Tuesday to take the tools he wanted back to their house. While he had the truck here, we took to the opportunity to make a run to the I-66 Transfer Station (the dump…). They had a goodly amount of detritus to dispose of, and with my 10 bags of stuff, it meant for a full truck.

On Wednesday, Melanie and I got e-mail notices from Inova that we could schedule appointments to get the Coronavirus vaccine. Melanie went to the website and all it told her was that she had to have notification from the County. Of course.

We continued our task of filling boxes, and then on Thursday I made run to Restore (Habitat for Humanity) with the materials left over from the rehab of the house. Also loaded up was a plethora of hazardous materials that had been collecting over the years. When I got back, Melanie checked the Inova website again and was informed that she could schedule an appointment. We tried facilities around the house, and there was nothing available, so we opened up the search to all the facilities, and she was able to grab an appointment at 10 on Friday morning at the Inova facility in Arlington. Hoot!

Friday morning, we had a brief phone call with our Fidelity advisor to finally get the proceeds from the house properly invested, and got in the car headed to Arlington. The only positive part of the Coronavirus pandemic is traffic is a mere shadow of it’s former self. I was concerned about getting there on time, but we arrived a 9:15, got vaccinated, waited 30 minutes and were out by 10:00. Hoot! This is great news. We are so excited we decided to celebrate with fried shrimp po-boys for dinner! Yum. Melanie was a bit tired when we got home, so she went to bed and didn’t get up until almost 5.

Meghan and Rob were to come over and go through the wood I had a available and to swap snow blowers. They have a small electric one, which will suit us very well, while they took the Honda gas powered one, which honestly has really not been used since we bought it 5 years ago. While here I sent he Cannondale bike back with them as we have had it since she gave it to Jourdan some 5 years ago….

So after multiple dump runs, and trips to the townhouse, we are at a position where we could move virtually anytime. A bunch of stuff that is for Jourdan is loaded up in the Pilot to take out to store at Tim and Terry’s (Jourdan’s in-laws) house in Hillsboro. They have a big new house out there and graciously offered to store some stuff for him. We are also looking forward to a “light duty day” and seeing Tim and Terry as they are wonderful people . We love them dearly.

That’s all for now. With any luck, these posts will get a bit more cohesive when I have time to actually think about them, but for the interim, this is what you get. Ha! 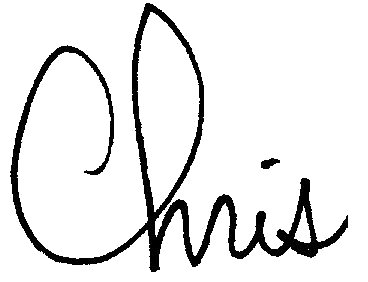