Being home “Social Distancing”, I’ve had the chance to start to do some post processing of over 20 years of digital photos. To demonstrate my masochism, of course I started with the oldest photos. Taken in 1999 on a Kodak DC280 point and shoot.

As discussed a while back, all this is being done in Capture One Pro v12. The more I use C1, the more I’m developing a love/hate relationship with it. After going back and forth between Sessions and Catalogs, I’ve finally come to a point where the Catalog containing my entire image library is behaving. Mostly. A lot of my “issues” were in attempting to use LightRoom think in C1, and it’s just not possible. You have to work in the C1 way, or it will reward you with pain. Even when you do play fully within the lines, it will occasionally deliver pain.

I’ve got nearly 60,000 images in my C1 catalog, and have learned to avoid doing all the things that will crash and/or hang it.

So, now that I’ve got my catalog working, I’ve begun processing images and am exporting them to Google Photo’s for distribution to my family. The good part is this makes nice, internet ready files just itching to be dropped into a web page. So here we are!

Thought I would give the Nextgen Gallery Thingy a try.

So I present to you the: 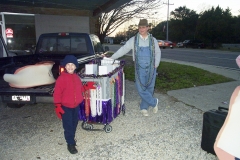 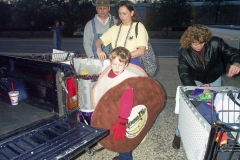 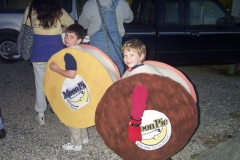 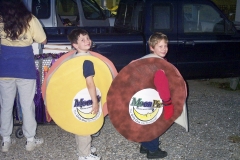 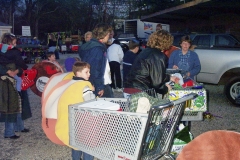 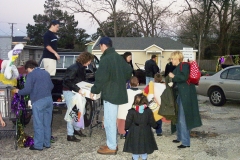 Watcha think? Yea, the resolution and dynamic range of this camera are nothing whatsoever to yell about. But it was what I had in 1999.

I’m not excited about this theme yet. Many of the pieces are not customization without CSS. I’ll flail around a bit with it, but don’t be surprised to find something completely different next time!

Would very much like to be able to make the text field wider, but I’m not smart enough for that yet. Most of the free WordPress themes allow limited customization without resorting to CSS overrides. And it seems each Theme has it’s own way of doing things in CSS, so what you figure out for one theme, most likely isn’t going to work in another theme.

So most likely, I’ll have to bit the bullet and pay for a theme that allows me to customize with a minimization of CSS. Just to find that theme!